A lot happened in 2019 and we wanted to share the same with the world. Some of the moments were high, and some were lows. But that’s what makes a journey interesting. The constant but opposing forces of positivity/progress/optimism with the negativity/downsides/doubts and we are thankful that the former keeps winning most of the time, propelling us forward constantly.

Let’s start with the lows.

We lost almost all our early adopter customers from last year, with whom we were doing or discussing a POC, during the first half of the year.

Now that’s a biggie. What are we still doing in business you ask?

We are now working with some of the fastest-growing companies, including a unicorn and a couple of soon-to-be ones, and powering their offerings via Slang’s VAX platform. Expect to see them launching in the next few months.

We started the year with 6 people and have now more than doubled our strength to 14. Employee growth is not really a metric in my mind. WhatsApp is our role model in that sense. 50 people company at the time of their acquisition, handling hundreds of millions of users and billions of messages. Now that’s the kind of a company we want to create. Small focussed team, each punching above their weight category.

But the growth is significant because this is us hiring “stallions” outside our “comfort zone” of past acquaintances. All our previous hires were people who we knew from the past, but almost all the hires this year were either referrals or in-bound interests or interns who excelled during their stint with us.

Houston, the eagle has landed!

2019 saw our first couple of production rollouts of apps with our platform integrations after we got out of beta.

This was also significant as it also was a rollout with English and Tamil support.

The release with Slang received a lot of press in the local media in Madurai and Trichy, as it was the first of a kind government-related app that had this unique Voice-based navigation experience built-in.

Lots of code. Lots of awesomeness…

Okay okay. We are Engineers at heart. Code and Scale are what we do. But not just for the sake of it, but because we really believe in the utility of what we are doing. We added a bunch of cool features to our platform over the last few months. Here are some product updates that we had boasted... err… posted about earlier.

A new roof over our head

This is also the year we moved out of a co-working space (91springboard) to our own private space. It’s a cozy little open space on 80 ft road Indiranagar. We love open offices, large monitors, good chairs and a snacky pantry. But tables are as simple as they come. Come visit us when you get a chance.

We took an initiative this year to push the Voice community in India beyond just Slang. We wanted to create a platform for all the stakeholders in the voice play in India and we realized this in December by launching the Voice Tech in India community. This is just the beginning and we really hope to grow this community along with fellow enthusiasts.

In an attempt to create awareness about the growth of Voice inside apps, especially in India, we wanted to appreciate all the pioneers out there who had lead this revolution. So we kickstarted a blog series called “Voice In Apps”. Let us know if you have suggestions for any of your favourite apps, do write to us. Here are the first 4 entries in this series.

We have processed about 40K voice commands through our platform since the beginning of this year. This is just the beginning. In 2020, we expect to scale this significantly and exponentially further, as we roll out the high volume use-cases that are currently under development. We are in the process of hiring a couple of key strategic folks, who are as excited about the space and the team as we are. We are super thrilled to get them on-board soon and help us accelerate things even further.

Watch this space for more updates.

Thanks to Vinayak Jhunjhunwala. 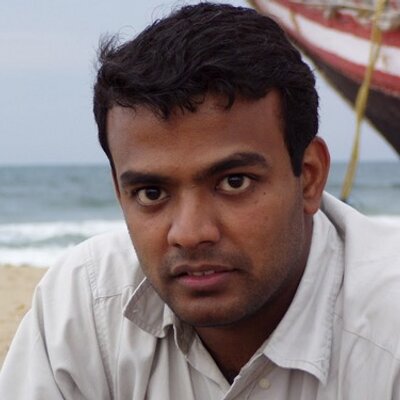