A data model organizes data elements and formalizes their relationships with one another. In database design, data modeling is the process of analyzing application requirements and designing conceptual, logical, and physical data models for storage. However, data storage is only one, albeit an important, aspect of microservices.

There are three related but distinct data models in a microservice for:

Due to shared application concepts, all three data models will have similarities. But depending upon the application, the structure and the level of details may vary.

In this article, you will learn about designing and testing these data models.

Defining a data model establishes and consolidates a common vocabulary. Having it all in one place helps in grasping the full picture quickly.

With common vocabulary and consolidation, it becomes feasible to argue about it in totality. It is easier to identify gaps, redundancies, errors, and inefficiencies.

It establishes the contracts.

While debating on data, its structure, transformations, and flow, several questions crop up, and clarifications are sought. The requirements and specifications become clearer. The data model becomes part of the contract.

With clarity on the data model and data flow, it becomes easier to think through across the full system and foresee problems. That, in turn, helps in identifying, decoupling and localizing the concerns. The data model leads to the initial design blueprint.

Data models capture important ideas and abstractions in the application. It unambiguously defines the data being exchanged across application and component boundaries. Such documentation reduces the acclimatization time needed for a new customer or engineer.

The data model serves as the catalog for analytics and data science. Data scientists do not have to comb through the application code to understand the structure and meaning of the data.

There are several choices to define API Data Model for a microservice.

JSON (JavaScript Object Notation) is probably the most popular data-interchange format. It is a text format, so it is easy for humans to read and write. It is lightweight and independent of any programming language. There are libraries for JSON in all popular programming languages, e.g., json Python package.

JSON Schema is a standard to define acceptable JSON structure. you can validate a JSON against a given schema (in Python, using jsonschema package).

The biggest benefit of JSON is that it is human-readable. That is its drawback too. It makes it space inefficient compared to binary formats. Some of that inefficiency can be mitigated using HTTP compression encoding.

Many databases support the JSON value type. The data is stored as a (possibly compact) string. But unlike strings, fields are accessible in query through hierarchical paths.

JSON is apt when data payloads are not large.

Protobufs are “Google’s language-neutral, platform-neutral, extensible mechanism for serializing structured data.” It is a binary data format. You define the schema once in a .proto file, and then compile it into your favorite programming language.

The advantage of Protobuf is that it is faster, smaller, and typesafe. Protobuf schema is backward compatible. As schema evolves, the generated code will still be able to parse old buffers. The main downside is that Protobuf data is not human-readable. You need the schema code to parse the buffer.

When your data payload is huge, Protobuf offers significant speed and bandwidth benefits.

FlatBuffers is another cross-platform serialization library from Google. It has an advantage over Protobuf. The hierarchical data in FlatBuffer can be accessed without deserializing the whole buffer. It is strongly typed, fast, and takes less memory.

It suffers the same disadvantage as Protobuf. It is not human-readable, and also the community is small.

Apache Avro is a fast binary data serialization system. Unlike Protobuf and FlatBuffers, it stores schema along with data. It has dynamic typing and code generation is optional. Since it is a binary format, data is human-unreadable.

Apache Thrift was developed at Facebook. It is a framework for defining data types and service interfaces. It generates code for Remote Procedure Call (RPC) clients and servers in a wide range of languages.

It is more than a data exchange format. Though, the data format is binary.

Marshmallow is also more than just a data exchange format. It is an “Object Relational Mapper (ORM) / Object Document Mapper (ODM) / framework-agnostic library for converting complex data types, such as objects, to and from native Python datatypes.”

The native Python types are converted to JSON. So, the underlying format is JSON. But the schema is defined in code by inheriting from the Marshmallow Schema class.

It has the benefit of JSON being human-readable, and the code between schemas can be shared.

However, it has a serious disadvantage compared to JSON Schema and other alternatives.  The schema is not declarative; it is not in one concise definition file. The details are littered in code. JSON Schema or the .proto file can be easily shared with API users to communicate data payload definitions.

Based on the characteristics of the alternatives, JSON Schema and Protobuf offer the best trade-offs for most situations. If data payload is small, JSON has the benefit of human readability without much speed and size penalty. For big data payload, Protobuf savings are attractive.

In this tutorial, we are using the example of an address-book service. Data payloads are small, so we will use JSON Schema.

Get the source code:

The JSON schema for the API data model is in schema/address-book-v1.0.json. It is too long to reproduce here. Writing JSON schema is quite simple, you can learn it in from this short official quickstart guide.

Validating a JSON schema and contents of a JSON file is straight forward:

The JSON samples to test the API data model are in data/addresses/*.json. The API Data Model can be tested in isolation by writing validation tests for the sample test data. This has an added benefit of ensuring that incorrect data does not cause other test failures. The test tests/unit/address_data_test.py validates that sample data files conform to the API data model defined in the address-book JSON schema.

Object Data Model is designed to serve the needs of the business logic. It is the data structures used in implementing an application. It is the classes in the code, which are instantiated and operated on.

The object data model will be similar to, but most likely will not be same as, the API or storage data model. It will depend on the complexity of the application and performance requirements.

In the simplest situation, it may be the same as the API data model. In that case, it is ideal to generate it from the JSON Schema. There are tools like Python JSON Schema Objects, Warlock, Valideer, that generate POPO (Plain Old Python Object) classes from a JSON schema.

Python code can be generated from Protobuf too.

These tools generate a simple structural mapping from the schema to Python classes. That may not suffice all your needs:

You must consider one serious risk of using generated POPO as the data model for your business logic. If the generated POPO changes significantly, the blast radius includes the whole application. It may break the code by causing exceptions, or worse, by introducing silent bugs. This can happen because of:

On such occasions, changes will percolate to all over in the business logic. You will have to thoroughly test the whole application.

A handcrafted data model offers you full control to design it precisely for your needs. It limits the blast radius to itself. In case of any change in schema or schema tool, only the data model needs to be updated and tested.

There are two implementation tactics:

The conversion tactic is simpler but has a mandatory conversion cost. The facade tactic can be complex but quite likely more efficient.

A handcrafted data model offers you the option of switching the tactic later. Just preserve the interface of the object data model.

The object data model is implemented in addrservice/datamodel.py. It uses the conversion tactic and implements from_api_dm and to_api_dm methods. Here is one of the classes.

If the tactic is changed to the facade, theAddressEntry class will have only one data attribute, say, _api_dm. All property methods will be implemented by accessing and manipulating that attribute. The from_api_dm and to_api_dm methods will call the constructor with _api_dm argument and return the _api_dm respectively. Since the interface of AddressEntry will remain the same, the change will not percolate to the rest of the system.

The key is to define the object model interface for the business logic of the application.

The Object Data Model is the bedrock of business logic. It must be tested thoroughly with 90+% code coverage. Code coverage gives confidence that this foundation is not having bugs.

Unit tests should target the data model interface used by the business logic. Automating these tests buys insurance against future changes in the schema and tooling.

The storage data modeling is the well-established process of iterating over conceptual, logical, and physical data models. There are plenty of resources on Object Relational Mapper (ORM). Instead, I will discuss our testing tactics when it comes to storage.

With databases, only end-to-end tests can truly test the functionality. In unit and integration tests, the database calls are mocked. Mocking causes difficulty for deep integrations tests. These tests perform a sequence of related service requests and assert business invariances.

A set of integration tests use the in-memory database. These can assert complex business logic with the help of the database state.

Sometimes, we also an implementation using file-system as storage. It is inexpensive to implement and very useful while debugging.

Storage data model selection is controlled by the config of the microservice.

A DB class encapsulates details of that specific storage data model. Notice that AbstractAddressBookDB does not expose the storage model. Its functions take and return the Object Data Model values. Business logic knows only the Object Data Model. This decoupling is simple to achieve. It allows a different database to be hooked without touching business logic.

Full implementations are in addreservice/database/addressbook_db.py.

Every microservice consists of the following layers. Each layer has orthogonal and atomic responsibilities.

There are three types of data models in microservices: 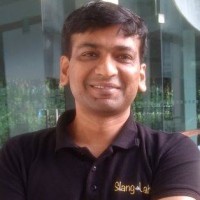 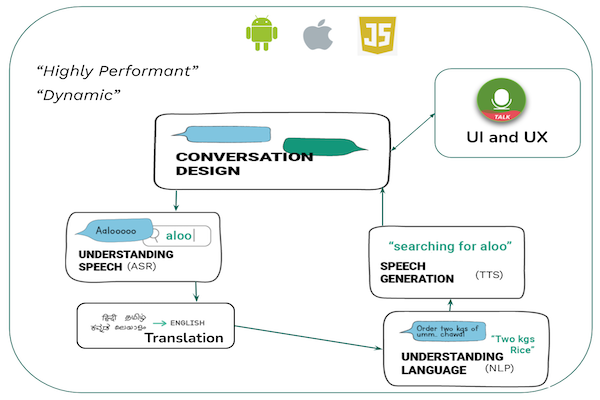